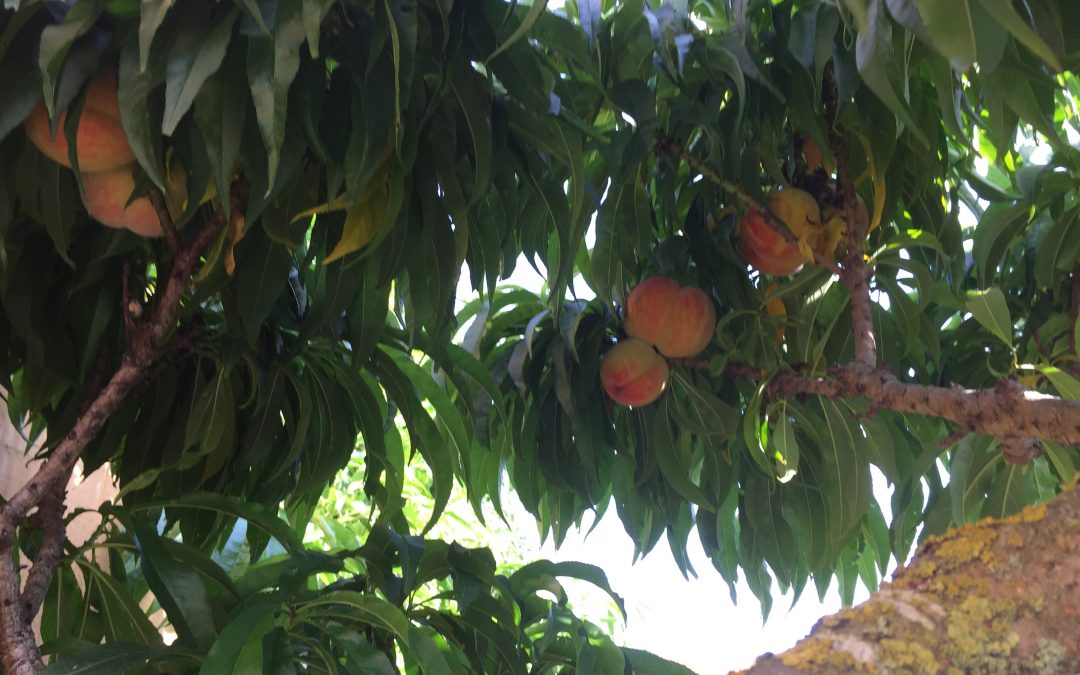 It’s 11th of January and I have a Product Manager interview at 10:30am, as a way to relax and prepare I decided I would get some gardening tasks completed and generally have a walk around in the cool of the day.

Kumera is growing well in the clotch.

Strawberries are continuing to produce. This year we forgot to cover the plants, but what we’ve discovered is a complete lack of blackbirds that would usually swoop in and gobble up bright red berries.

Cabbages are growing awesome, we’ll have to start harvesting these shortly.

Potato strip down the back path has worked well. Good crop and added diversity to the area beneath the fruit trees.

Apples are coming along nicely and are a bit unexpected considering the losses we’ve had after the late frosts, many of our fruit trees are bare this year.

The biggest delicious delight is found under a mass of peach leaves. 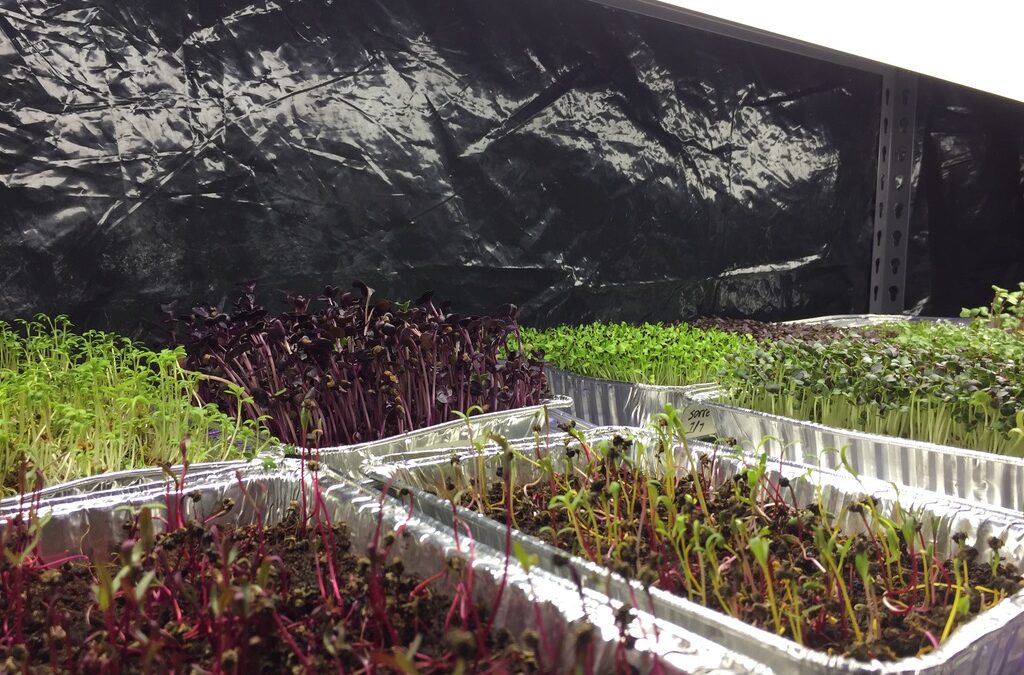 The growing environment is working out well, which we are quite happy about, the cost of running the system doesn’t seem to be much at all when compared to running the rest of the house. The lighting appears to be sufficient for the plants to germinate and to continue to grow in – so at this stage we’re very impressed with the trial.

Next on our list of things to do is: 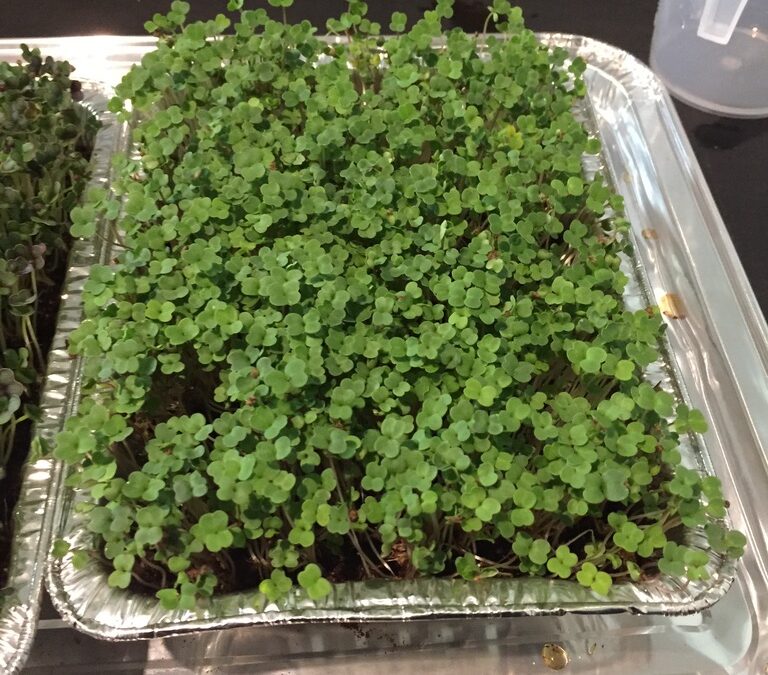 The trial is going well, we’re learning what we might have done wrong – and we’re planning what other experiments we can do to make improvements.

Here’s an overview of where are at day 9:

Two that have not preformed well are the beets: 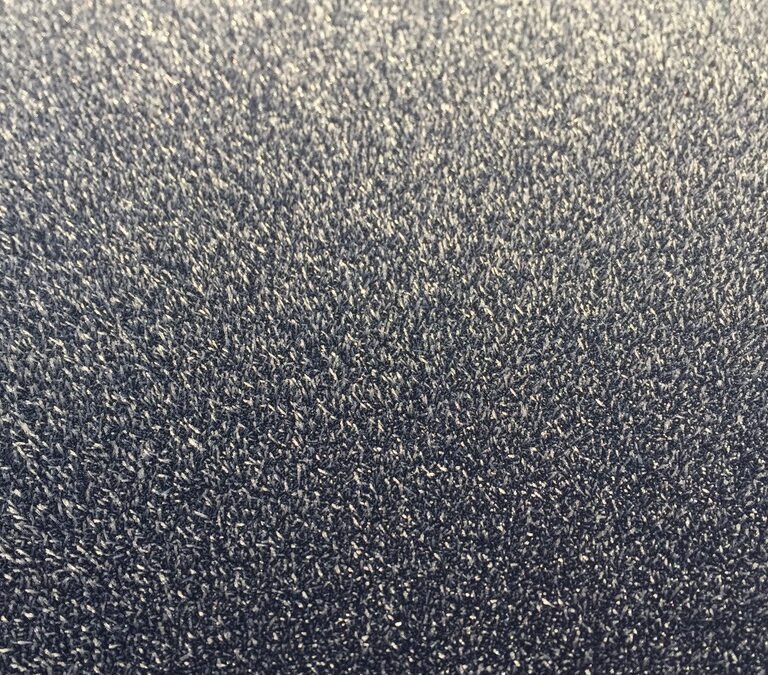 Frosty morning outside today but our indoor environment is working well, the temperature remained above 16ºC overnight at an RH of 53%. Some pictures of ice crystals that formed on our car overnight.

All of the greens except the Basil are now uncovered and all are growing good (at least for our first trial). We are happy that there is no mould and that the root growth is increasing out the base of the trays now. We can see that some of the varieties have performed better than others and in our 2nd trial that has started we’re experimenting with a different start where the seeds while germinating are under pressure – this is meant to keep the seeds in their non-clumping forms and to ensure that the roots go deep rather than lifting their neighbours away from the coco-peat mix. 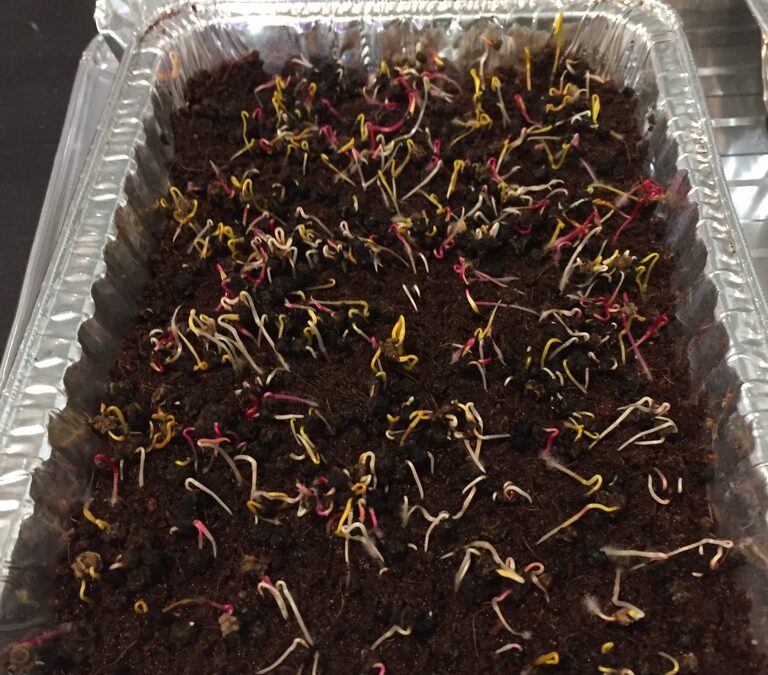 Last night we decided to take the covers off some of the more rapidly growing micro-green seed varieties, and we also started our second trial.

What we noticed was that some of the germinating seedlings had started to dry off, and some had started to move towards the edges of the trays hunting for light. 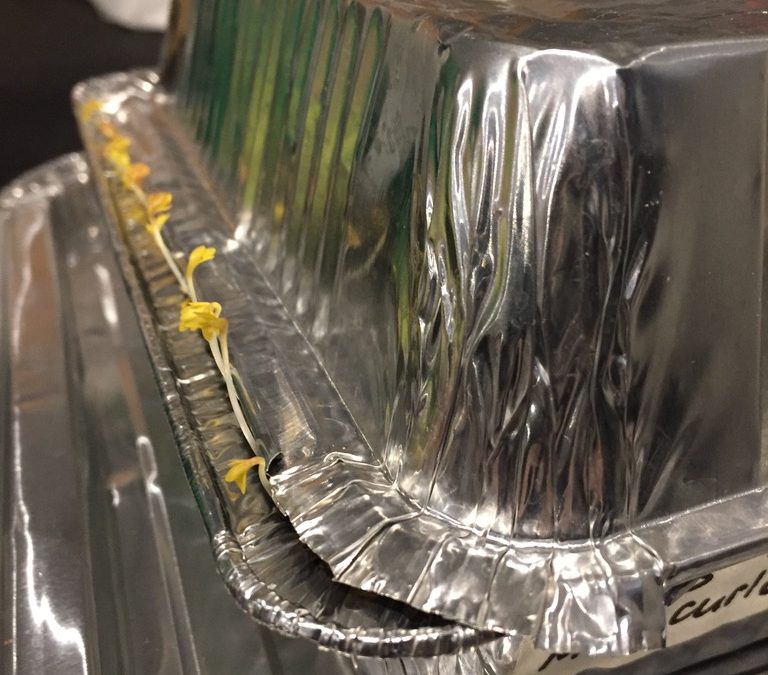 We are really amazed at how the different varieties, although it is written on the packets, take to move through their various stages.